Why Don’t You Taste Ayu (Sweetfish)? – The Most Precious & Unique Fish in The World 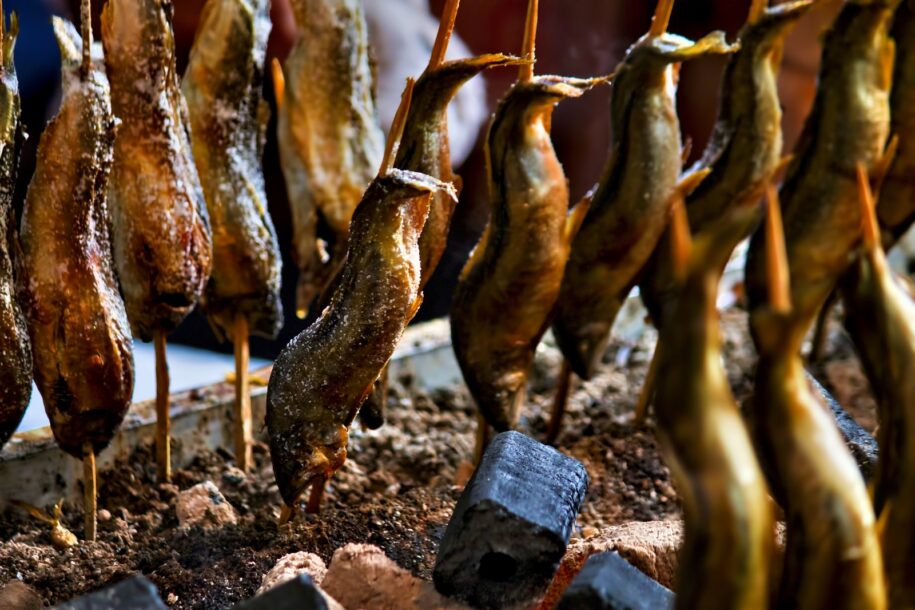 Have you ever seen the fish in below pictures?

This is Ayu in Japanese and Sweetfish in English.

It is one of the most popular freshwater fish in Japan but foreign people don’t know about it so much.

Then, I’d like to tell you how special it is since my current place Maze is the best place to fish and eat it.

Long history of Ayu in Japan as word origin says

Ayu actually has a log history with Japanese people.

Why is it called “Sweetfish”

Before telling you about the word history of Ayu, I’d like to talk about English name; Sweetfish.

It literally has a special flavor like a fruit.

I don’t know exactly, but some people say it smells like a watermelon.

How can you imagine there is a fish whose flavor is like a fruit? Actually, it is in Japan.

Now, let’s get into the main topic.

This kanji is composed of 2 kanjis; 魚 and 占, right?

Now you know Ayu is fish that might be used for divination.

She tried to read it something like they would win the war if they could fish Ayu.

So, Ayu seemed to be a tool for divination a long time ago.

Now you can understand how long history Ayu has in Japan.

It’s related to their food.

Ayu grows up on moss

Another unique point of Ayu is food.

It doesn’t eat worms or small insects, on behalf, it has moss.

Ayu is one of anadromous fish so it’s born in a river and grows up in the ocean and comes back to its native river again.

When it’s young, it has microbes in ocean but after that it has only moss or alga.

The key point is that those food only grows in transparent rivers.

That’s why it lives only in extremely clean rivers.

Only Japan has abundant Ayu in the world

So, where can we find those kind of clean rivers which Ayu can grow up?

Originally, ayu lives in the East Asia; from Hokkaido and the Korean Peninsula to the northern Vietnam.

As I said, Ayu inhabits only transparent rivers that have enough moss for it to grow up.

It likes not wide range rivers but sharp and narrow rivers like ones through a mountain in Japan.

It is listed on endangered species in Taiwan.

Though some rivers in Japan are polluted, we still have transparent rivers in Gifu and Kochi like Maze river.

So, Japan is the only one place in the world that has abundant Ayu.

Difference between natural and released Ayu

Japanese Ayu are categorized into 2 types, which are natural and released ones.

Natural Ayu is born in a river, goes down to ocean and naturally comes back to the native river.

Released one is also born in a river, caught at the mouth of the river and stocked into other rivers.

Actually, most of Ayu in Japan are released ones. Only a few natural Ayu can be found even in Japan.

The most popular released one is from Biwa lake.

Natural Ayu is more fragrant than released one.

Though, the latter one has more fat and nutrition.

I’ve ever had released one so I’m really looking forward to eating natural one here in Maze.

Just to tell you, Ayu is a special fish in terms of serving too.

The most valuable way to cook fish in Japan is Sashimi (raw fish).

However, only for Ayu the best one is grilling with salt like above picture.

I’ve ever shared with you how unique and precious fish Ayu is.

You know the saying, “A picture’s worth a thousand words.”

So, come to Maze if you wanna see the fact!!

I’ll update you why Ayu in Maze river is the best in Japan later.